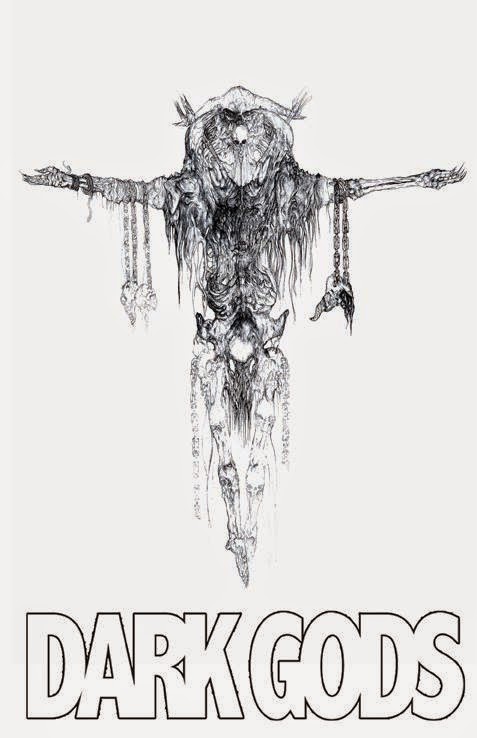 
The concept behind this book is not as confusing as you might at first think. If you give the book a quick scan, a lazy read, as if you were reading a typically mindless Marvel or DC comic book for example, then you might leave the experience feeling utterly bewildered and not that impressed with it all.

The aim of this review then is to tell both potential readers, and those who have scanned and disregarded the comic, to take a moment, to clear yourselves of all earthly distractions, to take your time and to slowly read the book again, and again. 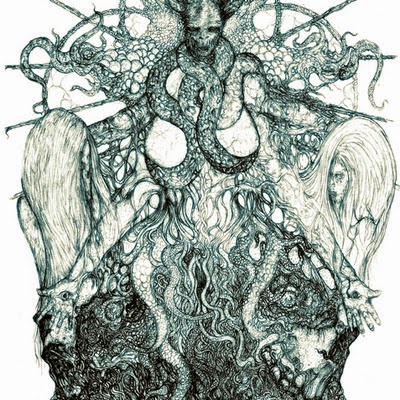 If you do this you will find that the book is very rewarding, and well worth taking your time with.

The narrative is actually quite simple, so don’t let the lush, detailed, almost abstract nature of the artwork, and the poetic/lyrical text distract you from a story that is about the origins of mankind, and the manipulative ‘gods’ that are playing with humanity like a puppet on a string.

Without going into excruciating detail, the narrative is thus:

Mankind was created by a race of immortal ‘gods.’ These creatures have manipulated mankind from the very beginning of our creation. Their manipulations are subtle, sometimes its direct, other times it’s just a disease of the blood. This is the modern world era of states, of World wars, of Nazi’s, of the world that we are still living in today. The gods fight amongst themselves, and planet earth is merely a smaller piece of the larger puzzle. Humanity is merely a bug, the agenda is bigger, and the goals of the gods are interstellar, working beyond the limited scope of this time, of this place, of this reality.

A troubled young boy manifests a creature, a god? What is going to happen to humanity? What role will the ‘architects,’ the immortal beings who gave birth to the ‘gods’ themselves play in this unfolding drama? What will happen when the hidden manipulative element within us all manifests itself in this physical reality? Is this the end of the human race? Perhaps humanity needs to come to an end? Or, perhaps the seed of the gods; the evil seed within us all can finally be rooted out by the eternal architects, the parents of the universe?

Perhaps, or perhaps not. 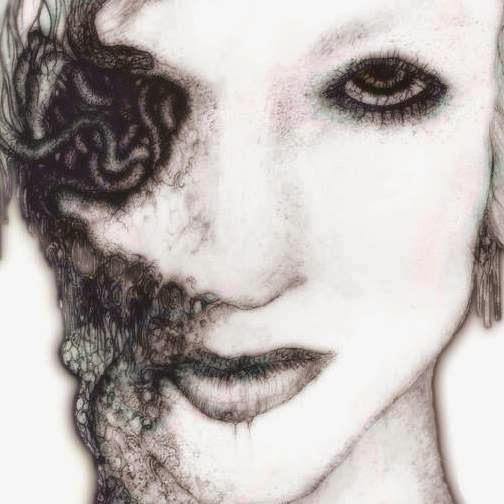 That’s quite a bit of meat on the bone, don’t you think? But this is not just a comic book. It’s a sonic soundscape as well, manifest into this reality through the artistic, musical and creative talents of Jason ‘Venien’ Ventura. He has created a huge, all-encompassing consciousness concept that encapsulates everything that is happening in the world today. If you are familiar with names such as Icke, Sitchin, Velikovsky, Von Daniken, Hall, Hancock and many others then this project will appeal to you, big time.

My particular book came with a CD single of ‘The Culling’ a marvellously hypnotic, creepy as Hell track where the ‘gods’ detail their plan to cull the human race, to kill off the useless eaters before putting their final end game plans into operation. It’s awful, but I can’t think of any single piece of music that I’ve listened to in the past decade that is so in touch with the zeitgeist of our awakening Internet information times.

Perhaps we are indeed living during the end times, the time prophesied in the Bible? A time when the seed that is within the bloodlines of us all germinates, exploding into a final blood-bath of ruination, of destruction of the entire species, of the entire reality paradigm that we currently occupy as a diseased, destructive and state worshipping blood hungry, tormented and twisted order following race?

Are you ready for the end of everything? Are you ready for the time of the great culling? I sense a god manifesting. I sense something happening. I sense that an ending is imminent. Sometimes a concept encapsulates an age. It acts as a conduit, drawing everything into itself like an oracle of ancient times. The ‘Dark Gods’ concept that has been created here feels like an oracle of today, prophesising, warning us of what is to happen next on the blood drenched path that humanity has spread throughout it’s short and violent reign upon this planet. Something is being channelled. A manifestation seems imminent.

Posted by Mark Anthony Pritchard at 09:37

Mark Anthony Pritchard
Mark Anthony Pritchard has a master’s degree in journalism, and writes to explore themes of individualism, the paranormal, religion and spirituality. His debut novel, ‘The Dogman Conspiracy,’ introduces readers to a darkly compelling world of legendary heroes, seductive sirens and a terrifying beast that threatens us all. His second book, 'Cut- A Black Metal Novel' explores the negative impact of Cultural Marxism on the life of a young rockstar and his third book, 'Red-Pill Tales from the Alt-Right' does exactly what it says on the tin. All books are available now on Amazon.